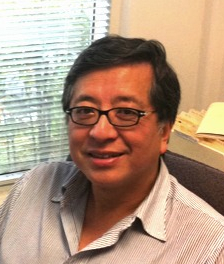 David Lang has more than 25 years of experience in Asian community outreach and marketing, Asian media relations, managing political campaigns for Asian American candidates, and providing counsel to Asian American non-profit organizations. He was heralded as “one of the best in the business” by Asian Week newspaper.

Before founding his firm in 1994, Lang was a senior deputy to Los Angeles City Councilman Michael Woo and an assistant chief of staff to California Lieutenant Governor Leo McCarthy..

At his firm, Lang has:

Active in many community organizations, Lang for many years served on the boards of the Chinese Chamber of Commerce, Organization of Chinese Americans (OCA) – Los Angeles Chapter, CAUSE (Center for Asian American United for Self Empowerment) and the Asian Business Association (ABA). He currently serves on the advisory boards of the Asia Society of Southern California, Asian Professional Exchange (APEX), and the Indochinese American Political Action Committee (IAPAC).